Urban studies researchers across the world have been studying Regent Park’s billion-dollar redevelopment process and how the newly “revitalized” mixed-income neighborhood has affected long-time social housing residents, who are primarily Muslim immigrants. However, few of these studies incorporate the perspectives of youth. This article analyzes the pedagogy of a Winter 2019 course in which undergraduate Urban Studies students and youth members of a neighborhood media arts non-profit collaborated to ask the question: “Who is this revitalization really for?” The class was committed to principles of  “knowledge justice” and participatory action research (PAR) in which academics and community residents are collaborative partners in the process of designing an inquiry for the purposes of social change.

The two groups of students envisioned and co-produced their own media projects addressing revitalization and gentrification in Regent Park from the youth perspective. These projects included a podcast which explores how the Rap and Hip Hop culture of the neighborhood disintegrated during redevelopment; a YouTube mockumentary that exposes how inaccessible the neighborhood’s new public amenities are to long-time social housing residents; a zine documenting subversive art and memorabilia of the rapidly changing neighborhood; a photography exhibition that counters mainstream media stereotypes; and an interactive timeline that embeds the life story of one Regent Park youth resident into the history of the redevelopment and its accompanying academic scholarship.

Analysis of these media projects, participant observation, focus groups, and students’ written reflection reveal that the media, academic scholarship, and practitioners have missed an important aspect of Regent Park’s story: the role that Islam plays in the lives of social housing residents, especially youth.  This research examines how the students collaborated to reach these findings and argues that religion deeply affects the way one experiences the built environment and should be better accounted for in redevelopment planning processes. 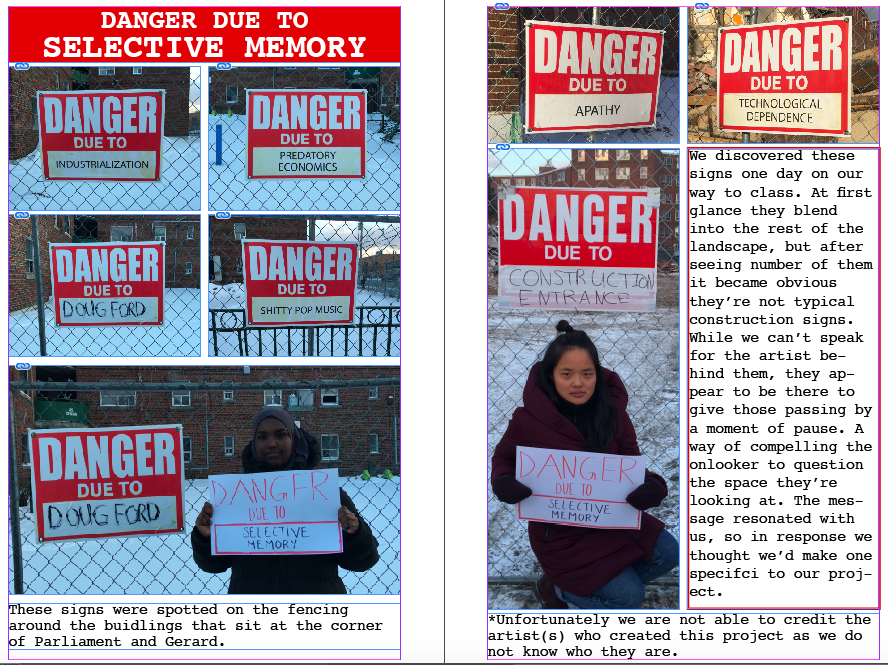